Posted on May 18, 2011 by myhomefoodthatsamore

And they are also just lovely as part of a salad.  Take a look. 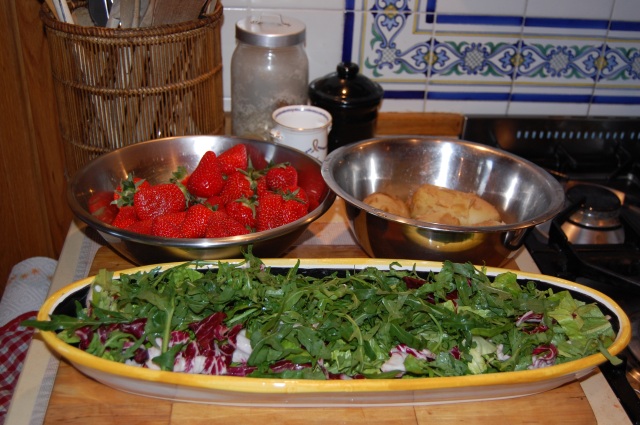 Here are some lovely strawberries (from the town of Carchitti for which it is famous), some boiled potates, and some mixed salad leaves.

There were five of us at the dinner table that evening, so I cut five slices of potato … very thick slices … and added them to the salad leaves.

Then I added some strawberries …

And some ‘gamberoni’ (king prawns) which I had first-of-all shelled and deveined and then boiled in salted water for about three minutes. 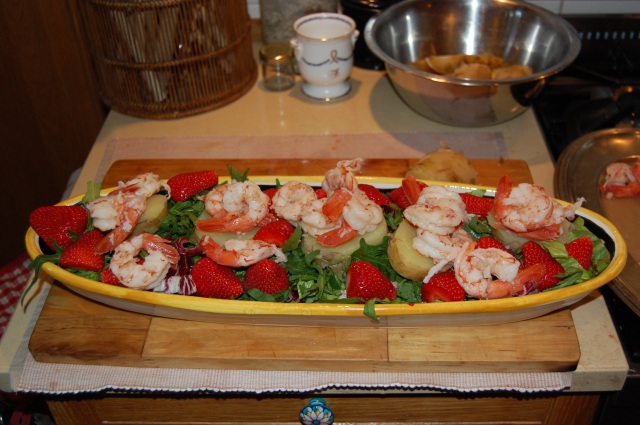 Layer them a few at a time, we don’t want our plate to look crowded … 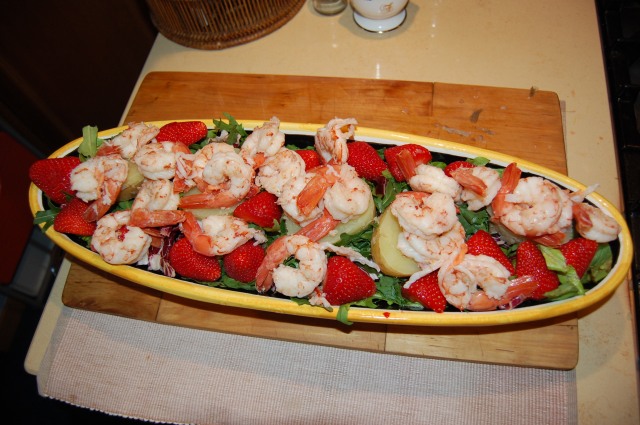 Does the plate look inviting or what? 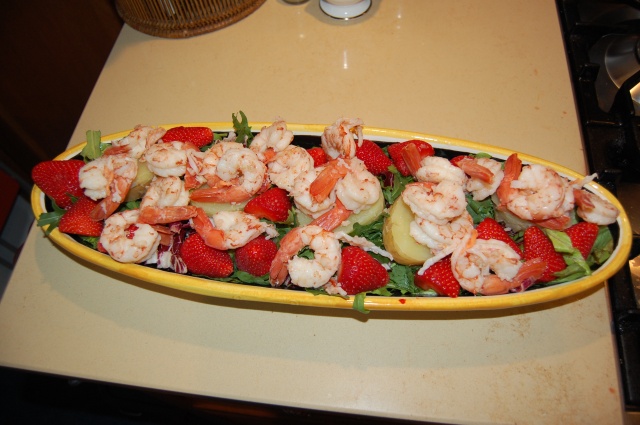 Ready to serve at the table.  This salad works very well with a vinaigrette made up of three parts olive oil and one part balsamic vinegar, salt and white pepper.

Just right for a Spring supper!

P.S. These gamberoni were caught in the Porto Ercole area of the Tyrrhenian Sea (i.e. the Mediterranean coast off Tuscany).  They cost Eu 32/kg and there were 22 to a kg.  This means that each gamberone cost Eu1.42 …. If you read yesterday’s post, you can see what I mean about good, fresh fish being expensive.  Presenting the gamberoni as part of a salad, such as in the above recipe, is a delicious and thrifty way of making the most of the gamberoni.  There were five of us at dinner but it would have been enough for six too.  Had there been even more of us, we could have ‘extended’ the portions, so to speak, by cutting up each gambero into two or three parts.  Presented that way, this same salad (with the addition of a few more potatoes) could have been enough for 10 people.

A good cook likes to offer the best he or she can and everyone has a budget to respect.  What I am trying to show is that one can stick to one’s budget without compromising on quality.