Naff can be Nice – Saffron Rice and Scallops

Posted on August 22, 2014 by myhomefoodthatsamore 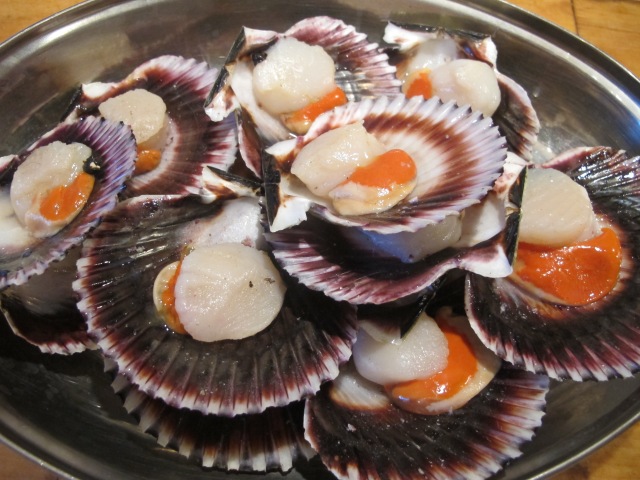 I don’t know how you, dear Reader, personally interpret the slang word ‘naff’ but the British-English speaking can easily agree that it has to do with all things ‘uncool’, no longer or ever fashionable, on the tacky side and generally to be avoided.  Akin to kitsch in many ways.

There I was, having to rustle up an impromptu dinner which perforce had to partly rely on frozen goods because this is the time of year that many shops, including grocery shops, close down for a holiday in Italy.  (And why not?  Everyone has a right to a holiday.)  It was almost closing time when I managed to find a butcher’s where I bought some chicken … and I did have potatoes at home … but had to resort to buying frozen peas as veg.  How mortifying.  My last-minute guests that evening were two beautiful young ladies visiting from Hungary, my daughter’s friend Aniko and her friend Micol.  Aniko is a great fan of my table and I didn’t want to disappoint.

In all fairness, I had had a full-on very busy day and given only two hours’ notice.  Even so, it is August in Italy and I am serving what sounds suspiciously like Wintry fare: chicken, pan-roasted potatoes and frozen peas … Oh woe is me, nothing fresh, nothing seasonal!, what an ignominy.  I looked to the freezer for succour and the scallops were all I could find.  Sigh. It’s not the thing, you see, to serve fish and meat at the same meal in Italy.  It doesn’t really ‘work’ culinarily speaking.  And so I resorted to concocting the scallops into a first course, into a risotto of sorts.  And this post is the result.  Saffron rice served inside a scallop shell with the pan fried scallop on top and chives to garnish.  Ahem.  Very 1970s. Naff or what?

Still … it tasted quite nice actually and I might make it again (with a little more care, and cooking the rice in fish stock).  All is well that ends well and we even christened this recipe: Rice and Scallops à la Aniko!

I boiled some Carnaroli rice in salted hot water, to which I had added some safforn.  I let it simmer until it was cooked.  Not al dente.  Just cooked. 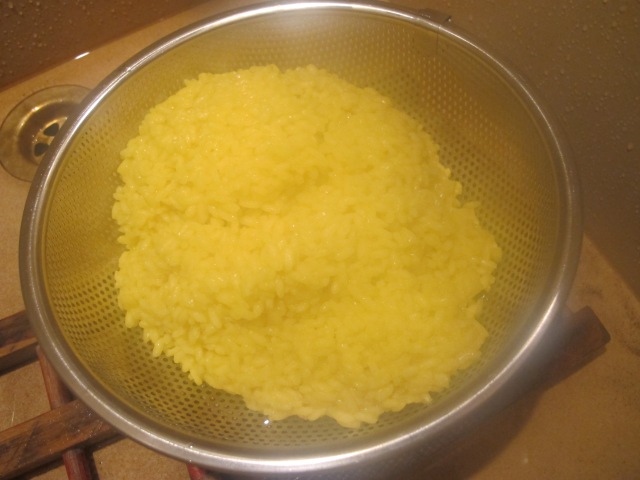 I drained the rice.

I added some butter. 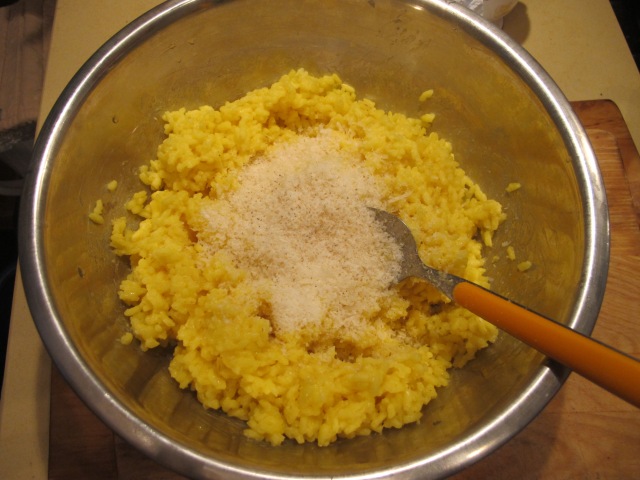 I mixed the butter into the hot rice and then sprinkled some freshly grated parmesan cheese and white pepper.

A little bit of freshly grated lemon zest and voilà … the rice is ready.  Set aside.

I separated the scallops from their shells and poured olive oil into a frying pan.

When the oil was nice and hot, I added the scallops … leaving as much room between them as I could.  Do not overcrowd.

I turned them over once and removed them with a slotted spoon.  Scallops take no time to cook … one minute each side, sort of thing. 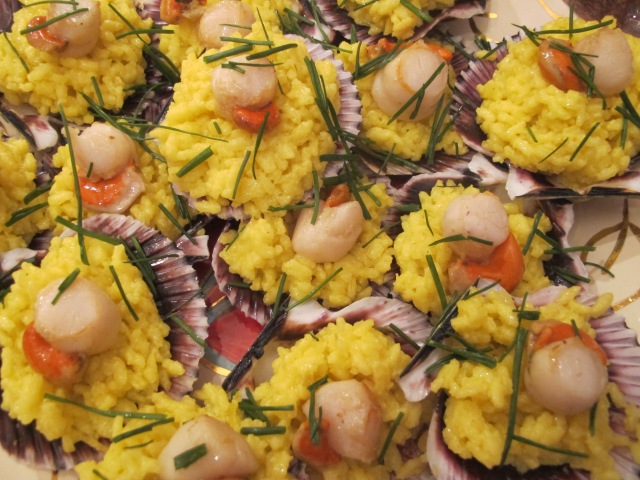 Aniko and Micol helped me to scoop some rice and place it on the shells.  We topped it with a scallop and finished it off with chives. 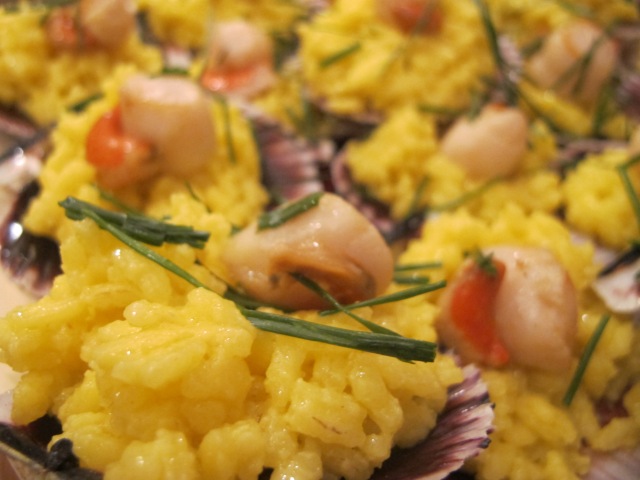 Rice and Scallops à la Aniko – when naff can be nice!

And that’s not all!  In keeping with my “Loving the Leftovers” philosophy, I used the rest of the rice to make “riso al salto” – a rice pancake. 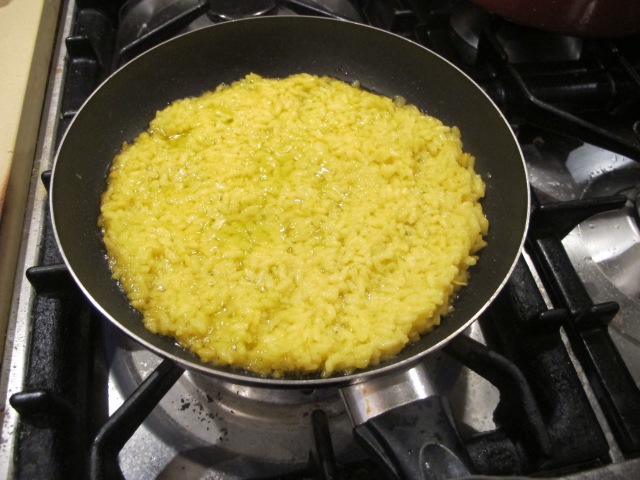 Spread the rice over a non-stick frying pan and switch on the heat (this rice had plenty of butter and olive oil in it so I didn’t add any to the pan).

Let it cook for a few minutes as one would an omelette.  Then flip the rice over on to the other side and cook a little more.  It develops a nice crust.

It may not look like much … but I promise you, this rice pancake is deeply delicious and a great accompaniment to any casual meal.

6 Responses to Naff can be Nice – Saffron Rice and Scallops